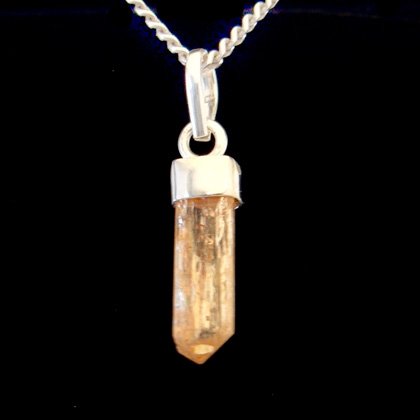 Also known as Gold Topaz, this Imperial Topaz crystal is from Brazil. This beautiful crystal was valued by many ancient cultures, who considered it aligned with the sun. It is a crystal with an energy which warms and re-vitalises. Since ancient times Topaz has been considered a stone of the sun, able to bestow love, happiness and abundance.

Imperial Topaz fortifies the nervous system and renews energy. It activates the life force (Chi) to make us aware of our abilities and instil motivation..... the perfect crystal energy for those of us in a busy and demanding work environment.